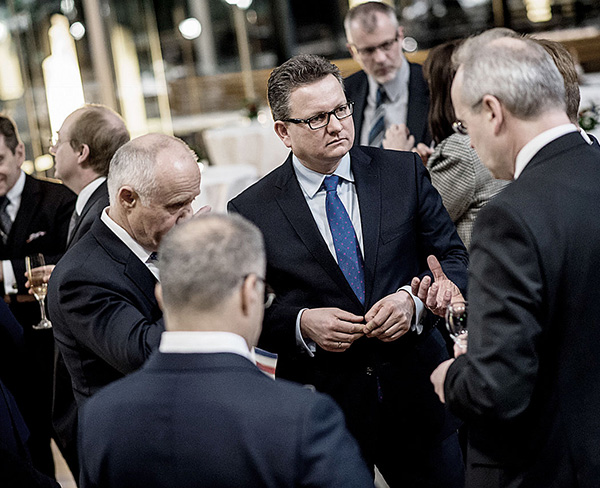 WIPOLI offers individual strategy, business and communication consulting for national and international companies and associations. With experience, know-how and a comprehensive international network in business, politics and civil society WIPOLI effectively supports its clients on their way to success.

In November 2017 by Secretary of State a.D. Founded by Ralph Müller-Beck, the consulting company operates independently and non-partisanly from the locations in Kiel and Berlin.

A core competence of WIPOLI lies in economic consulting on a national and international level. By evaluating the political, economic and media environment, WIPOLI offers its clients a solid basis for future-oriented corporate decisions.

WIPOLI supports investors in the development and implementation of projects, assisting them with contacts in the financial industry, private investors and project developers. WIPOLI also carries out network and media work for the implementation of public projects, supports public dialogue, organizes public participation and access to relevant target groups.

As a consulting company, WIPOLI also specializes in assisting its clients with personal advice in the development and implementation of targeted political strategies. In this spectrum, WIPOLI offers expert knowledge and far-reaching services: from research to media communication to personal contact. 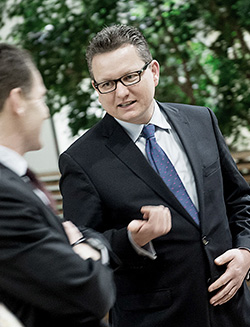 Ralph Müller-Beck, sole shareholder of WIPOLI, has acquired his extensive expertise and thus his competence as an independent political and business consultant through his many years of work in economic policy responsibility.

Strategic work at the state level
IIn the Schleswig-Holstein state government of 2012-2017, Ralph Müller-Beck was active in the Cabinet of Prime Minister Torsten Albig from 2012 as State Secretary in the Ministry of Economic Affairs in the field of tourism, technology, labor market policy and consumer protection.

In his function as Secretary of State for Labor and Technology he was involved, among other things, in the development and implementation of the following strategy concepts: Schleswig-Holstein Tourism Strategy 2014-2025, regional innovation strategy, broadband strategy, labor market program 2014-2020, expert strategy for the state of Schleswig-Holstein.

Political responsibility at the federal level


In 2014 he moved to the Ministry of Interior and Federal Affairs. As the representative of the Land Schleswig-Holstein in Berlin, he was State Secretary responsible for the coordination of all German legislative proposals for the country in the Bundesrat, between all countries of the Federal Republic of Germany and within their own state government. He was subject to the preparation of the voting behavior of the Schleswig-Holstein state government in the Bundesrat.

In his role, Ralph Müller-Beck was also a member of the Standing Advisory Council, the highest coordinating body between the federal states and the federal government. As head of the state representation in Berlin, he was also the contact for foreign ambassadors. In the wake of the refugee movements in 2015/2016, he was part of the coordinating staff of the Federal Government under the direction of the Federal Ministry of the Interior and the Chancellery. Ralph Müller-Beck contributed to the development of the structures for health care and registration of all refugees in Schleswig-Holstein.

Dedicated local politician
Before being appointed State Secretary, Ralph Müller-Beck was already a successful local politician. From 2008-2012 he was a member of the council of the state capital of Kiel, was temporarily chairman of the parliamentary group and until recently chairman of the main committee. In this role, he was responsible for the management of economic activity and private equity interests, as well as the coordination of all committees and superiors of the Mayor.

Networks for the labor market.


Ralph Müller-Beck has gained many years of experience as a political secretary of the ver.di trade union, has been head of department for junior and organizational development at ver.di Nord and the managing director of the German Trade Union Confederation in the Kiel region.

Furthermore, he was chairman of the board of the employment agency in Kiel, member of the regional advisory board of the North Employment Agency, chairman of the vocational training committee of the IHK Kiel, arbitration committee of the dental chamber Schleswig-Holstein and member of the advisory board of the Jobcenter Kiel and Plön. Ralph Müller-Beck maintains international economic and political relations with Israel, China, France, Estonia, Japan, Argentina, Denmark and Great Britain. 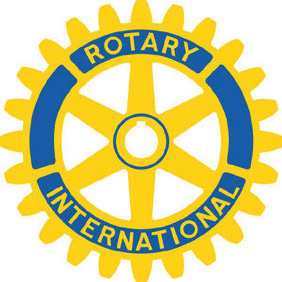